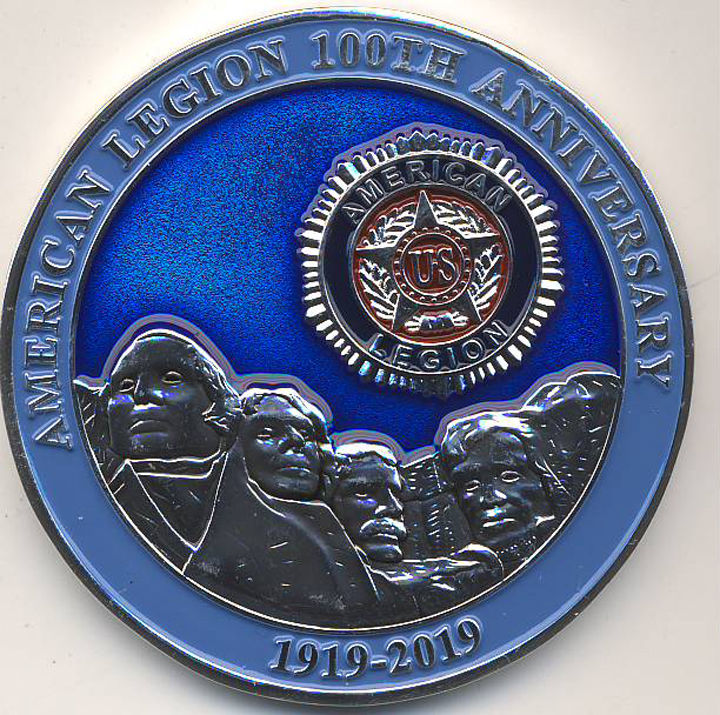 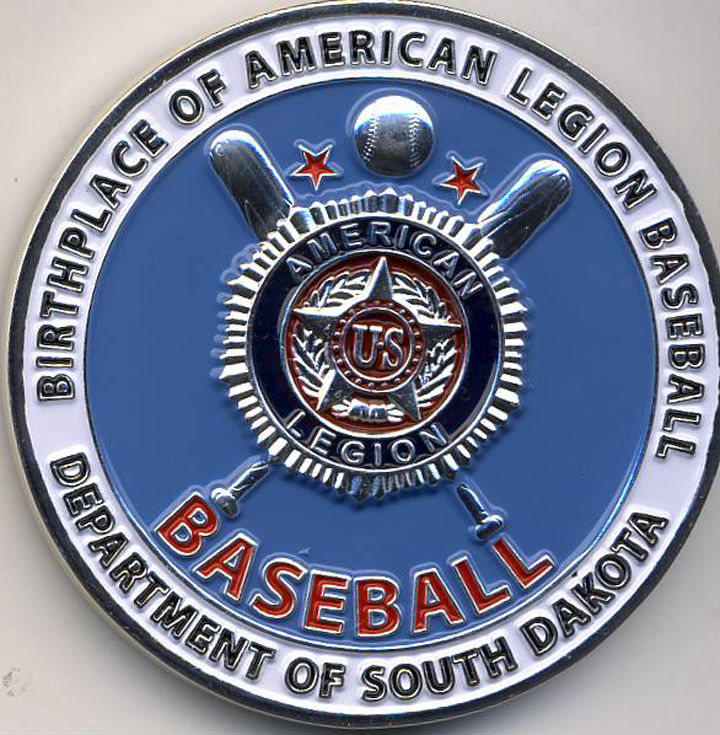 Sully Post #79 American Legion Adjutant and County Commander Steve Stier says that the Department of South Dakota American Legion has commissioned a commemorative coin. The coin is in honor of the hundredth anniversary of the founding of the American Legion organization on September 16, 1919.

“It is military tradition that coins are given as tokens of respect, honor and gratitude,” said Steve. “They are also sometimes exchanged.”

Steve relates that “We were all given a coin from General Gorman before we deployed. A general’s coin is a pretty big deal for a soldier.” At the end of his tour, Steve says that he gave his coin to the Iraqi interpreter he’d worked with during his deployment. “It’s a gesture of thanks and respect, and customary for troops who meet someone who has made an impact.”

“We’re very proud of this coin,” said Steve. “Since South Dakota is the birthplace of American Legion Baseball, one side of the coin carries the Legion Baseball emblem.” The reverse has an image of Mount Rushmore.

Steve’s pride in the American Legion organization extends beyond the commemorative coin. “One thing I found out after I became a member is the Legion is all about the community, kids, and veterans, which I never knew until I became involved,” said Steve. “All of our membership money goes toward either veterans or the community and kids.”

Examples of Sully Post #79’s impact on the community in the last few years include the money the post has spent to re-establish “Legion Baseball here in Sully County, which we haven’t had for a long, long time.” Post #79 also funded the purchase of new wrestling mats and donated to the swimming pool fund.

Statewide, the Legion supports the VA hospitals in Sioux Falls and Sturgis and the Veteran’s Home in Hot Springs.

“As time has gone on, I’ve learned a lot more about what the Legion is about,” said Steve. “My biggest concern about our membership dues is they’re seen as a bill that has to be paid, and so it gets put off. The mentality that I have now, after being involved, is it’s more of an investment, because the Legion gives back so much, and that’s what it’s about.”

All dues-paying members of Sully Post #79 American Legion are slated to receive one of the commemorative coins. “Our membership is throughout Sully County and beyond,” said Steve.